Brimac Environmental have four retorts at their site in Greenock and import crushed bovine bones mainly from India for their process. The crushed bones are fed into the top of the retort where they are fired to 1000 degrees centigrade for between 12 to 24 hours. At the end of the firing process the product exits the bottom of the retort as a white powder, which is known as “Hydroxyapatite.” This product is then sold for fluid purification in the likes of sugar and water industries.

N.U.B. Engineering were employed for the demolition and complete rebuilding of the Brimac No. 4 retort. Work started with the controlled demolition of the old retort being undertaken in November 2011 when N.U.B. employees removed 97 tonnes of refractory material from site.

Once demolition and removal of all the material was completed the skilled tradesmen and experienced labour cast a 6″ concrete base in December which was then left to fully cure until 9th January 2012 when rebuilding of the retort itself commenced.

The new retort which is approximately 3m by 2.6m and 6m high and consists of a complex arrangement of bricks of multiple shapes and sizes for the first 72 of 84 courses. Because of the complexity the skilled N.U.B. bricklayers worked to individual drawings for each course with the 12 top courses of brickwork being cast blocks.

The entire works were successfully completed on time and within budget by Mid February. 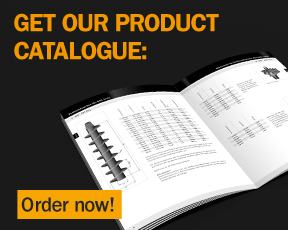 Get a hunch and read an excerpt from our product catalogue.
Danish well drillers rely on German drilling technology